FDNY Firefighter Thomas Buttaro was fired from the FDNY for wearing a t-shirt, on duty, that said “Merit Matters” on it.  Apparently he wore it on duty 50 times over a 10 month period starting in 2012.  The Ladder 123 firefighter was on the job since 1998.

He also had shirts with MADD- Minorities Against Dumbing Down.  Buttaro had a problem with affirmative action, obviously.  He was terminated for creating a hostile work environment. You can read the full story here… 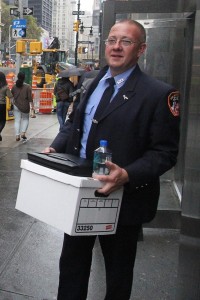 We have to be careful we are expressing our opinions about our departments.  Whether it’s on a shirt or on social media, be careful.  And before you say it’s freedom of speech, think again.

It has gone to court and the city has won the case.  The ruling goes something like this…. if you publicly bash your department, you are undermining the people’s trust in said department.  In other words, if you can’t trust your own department, how can John Q. Public?  Now that’s not an official legal rant, feel free to look it up for your own knowledge.