Police responded at 11:26 a.m. to a call reporting a fire and a shooting at 332 Harvard St. The two people were found on the first floor of the building. The man in his mid-30s was suffering from an apparent gunshot wound, police said.

The woman was taken to Brigham and Womens Hospital, with a possible minor gunshot wound, said Police Commissioner William B. Evans.

Police did not know if they lived at the apartment or were just visiting.

Police are trying to determine if a fire was intentionally set in the building after the shootings.

A fire in the first-floor kitchen was quickly extinguished by the Boston Fire Department, Evans said. 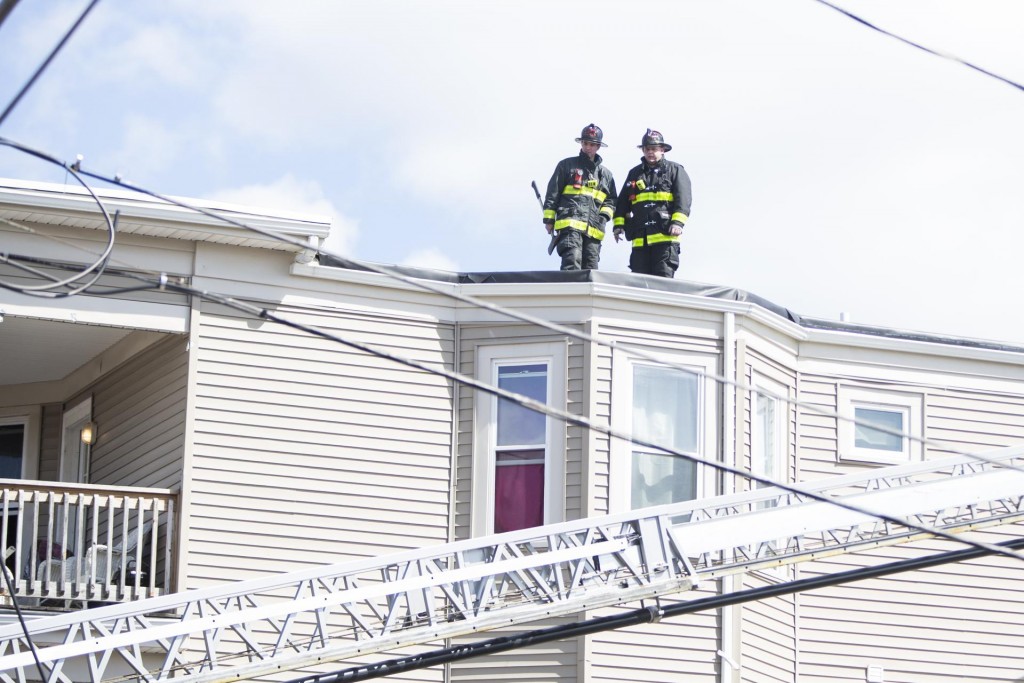